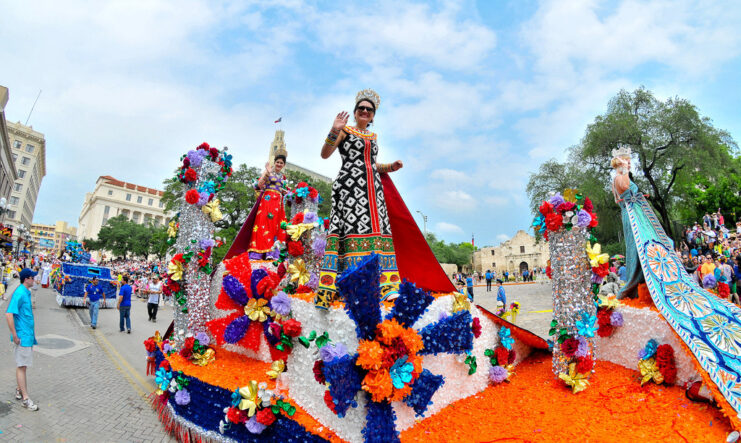 The Battle of Flowers® Parade holds the distinction of being the first celebration to be held in Alamo Plaza and is considered the founding event of Fiesta® San Antonio. The parade has entertained our city every year since 1891, except during World Wars I and II. This parade is the only parade in the nation produced entirely by volunteer women and affords non-profit organizations the opportunity to raise funds with over 45,000 parade seats sold by charities along the parade route each year.

The theme of the 2018 Battle of Flowers® Parade is “300 Timeless Treasures.” The parade will bring to life fond memories, magical moments, monumental milestones, and hopeful visions – the heart and the spirit of our legendary city. The cry “Remember the Alamo” will be accompanied by the cry “I Remember.”

Admission is $12 – $25.   Tickets available for purchase at www.battleofflowers.org and at The Fiesta Store®. For Street Chairs, visit www.fiesta-sa.org.

The Battle of Flowers Parade is proudly broadcast by KSAT-12.