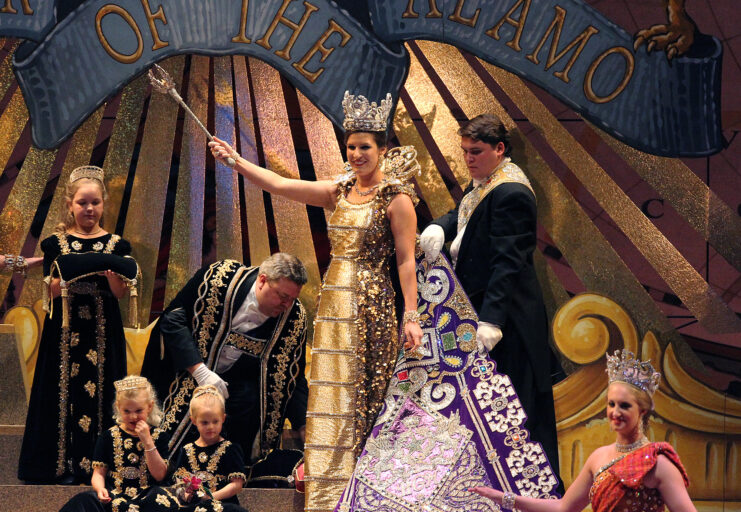 An evening of beauty and fantasy awaits those who attend the Coronation of the Queen of The Order of the Alamo, one of the central features of Fiesta San Antonio. With a spectacularly set stage, the symphony orchestra performs the accompaniment as visiting and in-town Duchesses make their full-court bows, followed by the presentation of Her Royal Highness the Princess and the Coronation of Her Gracious Majesty, the Queen. All wear elaborate dresses and trains spangled with glittering beads, crystals and jewels. After the court is seated within the magnificent stage setting, musicians and others entertain the royalty and the audience.

Founded by San Antonio businessmen and community leaders in 1909, The Order of the Alamo celebrates Texas’ heroic struggle for independence from Mexico. The group chose its first Queen that year and staged her coronation at the Old Beethoven Hall. Thought by many to be one of the most magnificent and unusual events of its kind in the country, the Coronation of the Queen is an unforgettable evening for the whole family.