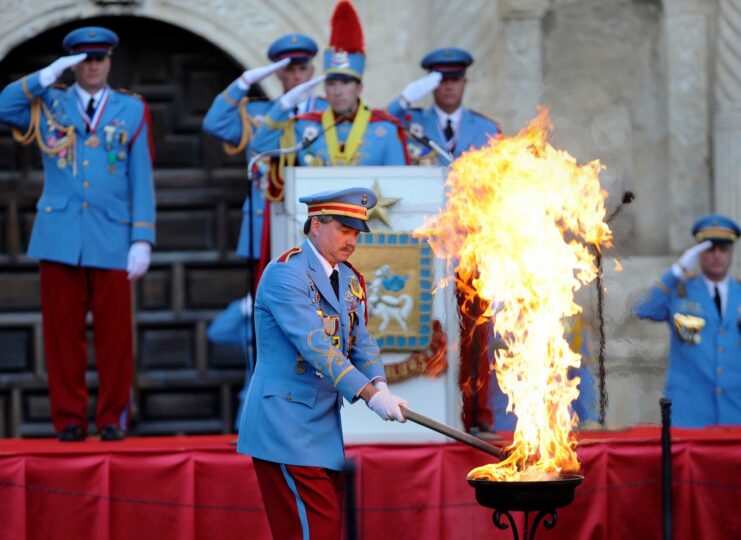 King Antonio, one of the longest-standing Fiesta traditions, is a member of the Official Royalty who reign over the merriment of Fiesta. King Antonio is selected each year from the ranks of the Texas Cavaliers, a patriotic and civic organization, and his public investiture takes place in front of the Alamo. Dating to 1927, this inspiring ceremony begins the reign of the new king, honors the memory of matchless heroes who fell at the Alamo and recognizes new Cavaliers. The tradition of naming a king to preside over Fiesta began in 1896. During his reign, King Antonio visits schools, hospitals, nursing homes, business, and community groups throughout the city. Through the Texas Cavaliers Charitable Foundation, the Cavaliers disburse funds to support children’s charities in the community.